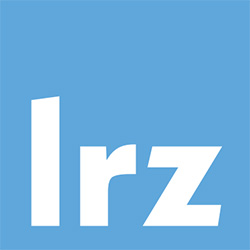 Austin, Texas, USA — April 2, 2019 – The Leibniz Supercomputing Centre of the Bavarian Academy of Sciences and Humanities in Germany (LRZ) has joined the OpenMP Architecture Review Board (ARB), a group of leading hardware and software vendors and research organizations creating the standard for the most popular shared-memory parallel programming model in use today.

The Leibniz Supercomputing Centre of the Bavarian Academy of Sciences and Humanities in Germany provides comprehensive services to scientific and academic communities in Germany and Europe.  LRZ has a long history of offering high-performance computing resources and parallel computing support since its foundation in 1962.  Among other leading systems, it has hosted an SGI Altix 4700 around a decade ago, at that time the largest shared memory system in the world, which permitted large-scale programming with OpenMP.  This year LRZ has started operation of SuperMUC-NG, the fastest system in the European Union with a peak performance of 26.9 PetaFlop/s, which targets hybrid parallel programming with OpenMP and MPI.

“With the rise of core counts and the expected future deployment of accelerated systems, optimizing node-level performance is getting more and more important. As a member of the OpenMP ARB, we want to contribute to the future of OpenMP to meet the challenges of new architectures.” says Prof. Dieter Kranzlmüller, Chairman of the Board of Directors of LRZ

“The LRZ will bring the European OpenMP community closer to the OpenMP ARB. Having three members (BSC, EPCC and LRZ of the Gauss Centre for Supercomputing) of the European PRACE initiative in the ARB underlines the importance of OpenMP as a parallel programming API,” says Michael Klemm, OpenMP ARB CEO

The OpenMP ARB now has 33 members.

The OpenMP Architecture Review Board (ARB) has as mission to standardize directive-based multi-language high-level parallelism that is performant, productive and portable. Jointly defined by a group of major computer hardware and software vendors, the OpenMP API is a portable, scalable model that gives parallel programmers a simple and flexible interface for developing parallel applications for platforms ranging from embedded systems and accelerator devices to multicore systems and shared-memory systems. The OpenMP ARB owns the OpenMP brand, oversees the OpenMP specification and produces and approves new versions of the specification.